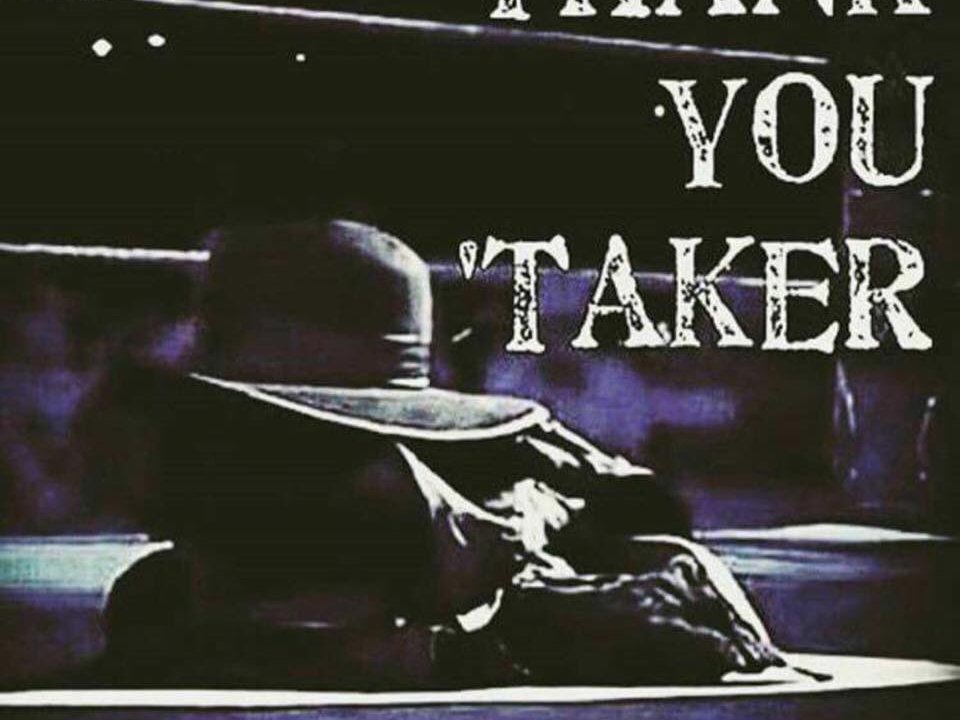 Picture Says it all Really

I can’t say I watch wrestling much anymore, but when I was younger I remember going to some bar or another to watch almost all the major events.

I have a memory of this one motel bar out by what used to be the beginning of the divided highway, which was nearly into Kenmount road at that time with some of the guys from the Raddison.

And working in the hotel business I got to meet many of the stars (Shoutout to heel (at the time) Ric Flair giving us tickets and a Woo when we were the only people cheering for him at old Memorial Stadium).

Most I met were genuine people, down to earth, easy to talk to, and personable.  To me though there were two stars that were bigger than most, the Warrior and the Undertaker.

While I didn’t watch it, it appears that last night was the Undertaker’s last match, laying down the hat, jacket and gloves one last time.

While I know he’ll never see it, from me to you ‘Taker, from the Ted Dibiase and Paul Bearer days, through the American Badass phase and back to being the deadman, Thank you for the memories.

(Image found on twitter, I have no rights, and will remove if requested, but the sentiment fits)