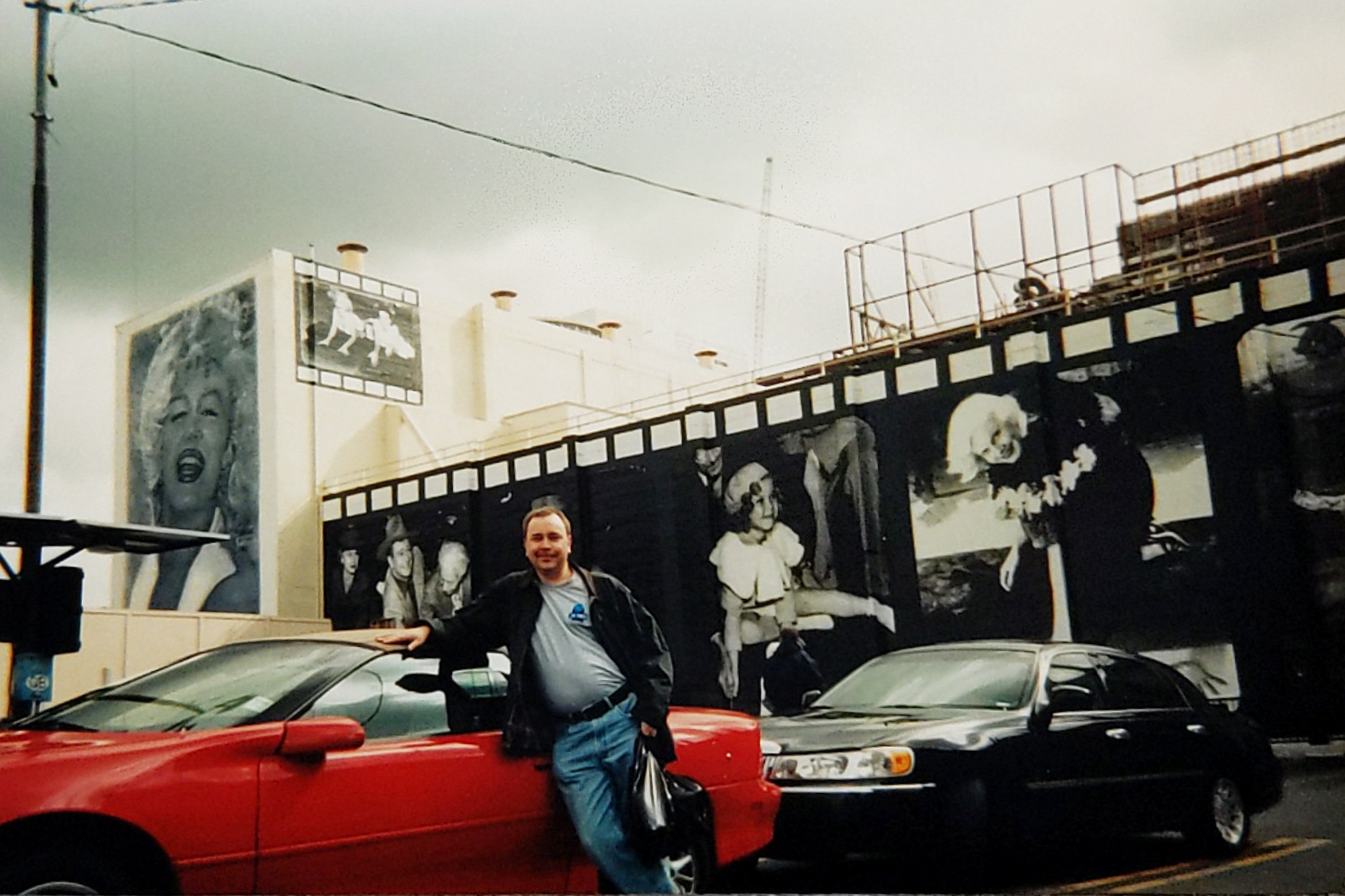 In April of, I think, 2000, a co-worker, Scott Neil, and I went to a conference in Milpitas, California. To be honest, after 20+ years, I really have no recollection of what the conference was even about.

The conference itself started on a Tuesday, but back in those days at least, you could save a ton on corporate travel by flying on or before Saturday. I don’t really remember the particulars, I wasn’t involved in the actual booking.

But because we were willing to do so, the company also allowed us to rent a car while we were there, and Scott had a cousin in LA, so we/he decided we could visit them in our extra time.

Being April, only us foolish Canadians were interested in a convertible Camaro, so we got it at the base price of an economy car, and did the extended drive down the Pacific Coast Highway to LA. Google says this is between 8-9 hours, and its possible it was, I don’t remember, but it was great fun. Some highlights being needing to stop and buy a hat because my head was burning, getting lunch at Jack in the Box (or was it some other franchise I’d only heard of?) and breaking my sunglasses by sitting on them in the car.

We eventually arrived at Scott’s cousin’s place, and got settled. I can’t remember if it was the same night, or the next, but some highlights there included waking up and seeing oranges growing on a tree in their yard (or perhaps more accurately, their neighbours), and of course the Dodger’s game. I really can’t even remember who they were playing, but it was a great experience, and I still have the Dodgers ball cap I bought!

The next morning (or the next) we left to drive back to Milpitas for the conference, but got up reasonably early, and toured around LA and Hollywood some. Was great to see the Walk of Fame, Grauman’s Chinese Theatre and also Ventura Beach and so much more. I vividly recall it being early, with nothing open, and Scott desperately trying to find somewhere to go for a wizz!

Had my photo taken with the hand prints and signatures of the cast of Star Trek, and also grabbed a shot of Robin Williams’s Star. Of course he was very much still in fine form when we visited.

The pictures are scans of disposable camera photographs, didn’t have a digital one in those days, no smart phones either, so the quality isn’t great. You also didn’t get to take 50 shots and only keep the best in those days either! Scanned with google photoscan app. I only just recently found these, so the memories came flooding back.